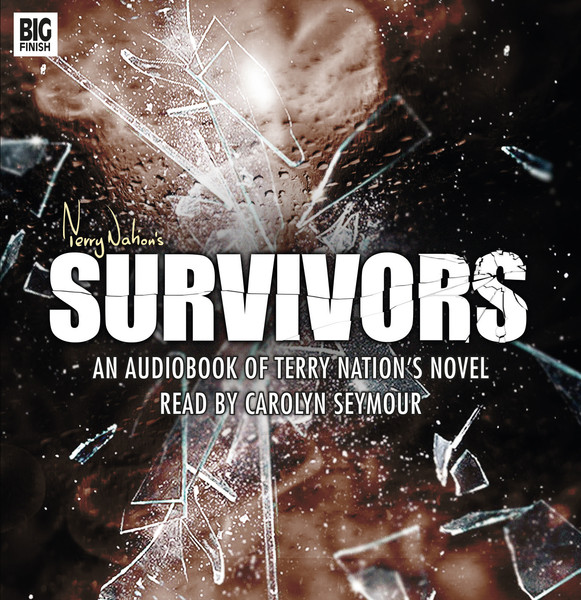 WHEN A DEADLY pandemic sweeps across the globe, commuter-belt housewife Abby Grant wakes from her own debilitating fever into an unrecognisable and almost unpopulated world. With her husband dead and her village seemingly empty, she sets off in search of her son Peter - last heard of in isolation at his boarding school. Continuing the search for her son, Abby meets up with brooding civil engineer Greg Preston, young London secretary Jenny Richards and a clutch of other survivors. Their early efforts to fend for themselves do not go well, but when the remnants of the group establish a new settlement they begin to equip themselves with the means of survival. The settlement expands and weathers threats (natural and man-made) of all kinds. But when Abby concludes that their prospects of long-term survival compel them to travel to the more hospitable climes of the southern Mediterranean, the group begin to plan an audacious journey. Pushed into action by the growing threat of the militia of warlord Arthur Wormley, the settlers head off for the coast. But en route they encounter a new threat from a group of young, roaming scavengers - one which will threaten their cross-channel journey and end in an explosive and shocking confrontation...

ENCOURAGED BY THE CRITICAL and commercial success of the first series of new Survivors audio dramas released in June 2014, Big Finish have made available an unabridged audio-book version of Terry Nation's 1976 Survivors novel that is as impressively realised as the original story is absorbing.

Since its publication, Nation's novel has remained an intriguing entry in the Survivors canon. The book weaves its way in-and-out of the storylines of the first six episodes of the TV series (sidestepping the contributions and characters of other Survivors' scriptwriters) and rummages through elements of some later stories; rethinking, reworking and reinventing Nation's own on-screen narrative – before heading off in some enticing new directions.

As a scriptwriter, Nation was often sensitive to criticism of his work by script editors, producers and directors. But he was rarely reverential when revisiting and re-editing his own words. As a result, this Survivors novel is far from being a perfunctory padding-out of original TV scripts to meet the contractual commitments of a TV tie-in. Instead, this 'novelisation' shows a writer evidently enjoying the opportunity to re-imagine the post-apocalyptic Britain of his own creation: killing off some characters, reconceiving others, introducing new survivors – and pitching them all into newly imagined perils.

Having assembled his original triumvirate of characters (Abby Grant, Greg Preston and Jenny Richards), Nation has them put down roots in a very different sort of settlement to the TV series' Grange; surrounds them with a different community of settlers; and then uproots them to begin a journey towards the climes of the southern Mediterranean. The book culminates with the departure of the survivors from the shores of Britain, and a tragic and deadly encounter for one of the series' protagonists.

Introduced with only a brief unsettling musical flourish, what follows is an expertly judged presentation of Nation's storytelling, which allows the chilling context of his end-of-the-world setting, and the plight of his scattered ensemble of survivors, to shine through without distraction or gimmick.

Nation's prose has a simplicity and directness which helps to emphasize the natural, real-world setting of the story

The character of Abby Grant provided the emotional heart, and narrative drive, of series one of the TV series; making Carolyn Seymour (the original Abby) the ideal candidate to narrate the book. Seymour delivers a first-rate, finely-balanced performance which includes a range of effective vocalizations for the large collection of characters in the story. Under the direction of Neil Gardner, voice switches in the dialogue sections are pulled off with great aplomb (with the realization of Tom Price's Welsh timbre a star turn in itself). Seymour has taken on many roles as a narrator, audio-book artist, and computer game voice-actor over the years, and that experience shows here. Hers is a winning, compelling performance, marked by a sense of complete conviction and focus.

The atmosphere of Nation's drama is pretty intense, and in the opening sections of the novel the ominous sense of foreboding is palpable, as the world unravels in the catastrophe of the viral apocalypse. Seymour's tone is spot-on throughout; be it through the understated description of the onset of the disaster; capturing the emotional turmoil of the survivors and the moments of genuine horror that they confront; and relishing those dramatic 'heroes in peril' motifs that were such a signature of Nation's work.

Nation was never a florid writer, and (although a prolific scriptwriter) he was only an infrequent novelist. Here his prose has a simplicity and directness which helps to emphasize the natural, real-world setting of the story. Listening to Seymour read Nation's words aloud, it's evident just how used he was to writing pacey dialogue. Some audio adaptations stutter (literally or figuratively) as the author's words are awkwardly exposed in the transition from page to voice. Not here. Shorn of all audio effects, this presentation of Nation's novel relies entirely on the quality of the original story and the power of Seymour's delivery.

This is not a reproduction of a delivery now nearly forty years old, but a confident contemporary revisiting

It is a real pleasure to hear Seymour voice what are to Survivors' enthusiasts well-remembered and classic lines – Abby's own and those of other characters. Seymour does not feel obliged to recreate the phrasing or emphasis of her original performance, but approaches then anew. This is not a reproduction of a delivery now nearly forty years old, but a confident contemporary revisiting. Tempo, rhythm, and pace remain on-target throughout, while the unabridged nature of the audio-book realization makes it an all-the-more immersive experience.

The audio-book version of a 38-year-old TV tie-in is unlikely to be a huge best seller, and Big Finish are to be commended for extending their enthusiasm for their new Survivors imprint into producing this. The 2008 remake of Survivors (cancelled by the BBC in 2010 following its second series) put paid to any prospect (already pretty remote) of a new TV series revisiting the world of the 1975 show. It seemed that the door has been closed on the original series' canon. With Big Finish's audio revival of Survivors now set to deliver (at least) five new series in total, in addition to this audio-book novelisation, that door has again been flung wide open (in the audio realm at least).

As a single-voice, unabridged audio-book, delivered with panache, commitment and believability by one of the original series' best remembered cast, Big Finish's latest Survivors offering simply could not be bettered.

BETWEEN CAROLYN SEYMOUR'S READING and Neil Gardner’s direction, it is easy to get drawn into the story. The result is in some ways better than the book on its own, in terms of providing access to the narrative and entertainment.
Tony Jones, Starburst

EVEN FOR SOMEONE as decadent and gothically inclined as myself... this is just a bit too dark.
Third Eye, Third Eye Cinema