I can see why everyone was so excited about getting hold of the property. It is a very strong piece, in terms of the stakes that it causes us to look at

Were you coming to Survivors as an expert on the series, or as a complete beginner?

I didn't know much about the show when Big Finish got in touch. I'd heard of it. I knew that it was a show that happened way back, on British television. Now I can see why everyone was so excited about getting hold of the property. It is a very strong piece, in terms of the stakes that it causes us to look at. The really heightened needs and wants of the human condition are explored and we come to terms with ourselves in a way – everything becomes more immediate and perspective is the ultimate tool. And I really enjoy that as an actor: to be able to take a look at that and remind people of what’s important.

The source material of Survivors is nearly forty years old. Do you think its themes still resonate in the present?

Yeah. I think so, absolutely. I've still not seen the television show, although I have done research on it and I've started reading the episode guides. And Carolyn Seymour is a friend who I very much respect, so I’m even more excited about seeing the show now. But, yeah, I would imagine it does look like all of the themes that are touched on in the original series and in this work now by the writers. These relationships that we look at are the crux of everything, you know? They are the source; they are what we live for. And what happens when those go away. What happens we lose people we love? What happens when we are in danger of losing our own lives; and what will we do to keep what we have? How important was it to us before? How important is it now that we’re in danger of losing it? And what will we do to keep people we love and to keep ourselves safe?

How straightforward has it been to 'locate' yourself in the time and place of Survivors: 1970s Britain? I'm guessing it's not a context you're very familiar with?

Maddie finds a strength and she finds a friend, a very unlikely friend, who she had no intention of hanging around

No it's not! I don’t know that it's difficult to put myself there, because there are things that are the same. We can always substitute, as actors, a relationship that we have in our own lives for the relationship that we have in a particular script. You can always think 'here's what I've done and here's how I felt. Here's what this brought up in me. Here’s what I wanted to repress in this difficult emotional situation.' I think that that's a lot of it. I think that what's difficult about this, for me, is that it's such a difficult, and such an incredibly hard, subject matter. And I find myself holding on emotionally in much the same way that I think I do in real life; when I'm hurting and I don't want to feel something.

There's a sense of being on a tightrope, and you can help but you have to keep your balance, and hold on, because you could get lost in the pain. And I think that that's where these characters are. There's a thing in bad acting, that actors seem to think that they need to go straight for the emotion, and that it's all about the emotion. And really, in real life, what we tend to do as people is that we hold back from it. Especially hard emotions. Most people have a lot of layers protecting themselves from the real grit of pain. And that's a survival mechanism. So I find myself having to layer that on myself, even during this recordings, otherwise I will hurt over things that hurt me personally, and I don't want to do that. I guess that the bottom line of what I’m saying is that it puts you in danger, as an actor, because it will bring up heavy, heavy issues.

Could you introduce your character and say a little bit about her story?

Maddie Price is an American attorney, over here in London for business. And she had planned a quick trip to London for a business deal, in the middle of which the people she was working with got sick. And she was finally able to wrap up a successful deal, and she’s headed back home. And she thinks it’s going to be just as easy as that. She works in company law, corporate law. And it shouldn’t be that tough, right? And she gets stuck at the airport because they're not letting flights out, but they’re also not letting people out past a certain point. And there's a quarantine in place. We all know how that feels – being stuck in an airport for 12, 24 or 36 hours. But then, to be not be allowed to leave is horrible. And then to have people sick and dying all around you. So it's pretty horrible, but Maddie finds a strength and she finds a friend, a very unlikely friend, who she had no intention of hanging around. Ultimately, she works with him to save both of their lives.

So is Maddie a strong, a robust, character?

Very strong. Absolutely.... I say that, but then right off the bat I have to retract it. What is strength? Is strength having a bulldog kind of mentality, where you get what you want and insist it? Is that real strength? Or is real strength being able to learn, to collaborate, to listen to give other people what they need too? To sacrifice. Those are the real strengths that Maddie has never had, even though she’s 'strong', it's not the kind of strength that's ultimately the most important to possess.

What sense do you have of Maddie's back-story - of where she is and where she's going at the point the pandemic hits?

Maddie is what the word survivor means. If she goes down, it won't be because she wasn't fighting

Maddie is due to get married the following week. It's one of the things that I say in the first scene that I'm in. That I'm getting back and I’m going shopping for flowers and catering the week that I get back. And I ask if my fiancé picked up his tux; and we have family flying in. It's all that. I think Maddie loves as much as she is capable of loving. I don't think she's been exposed enough, and pushed her boundaries enough... I take that back, but you can print all of this. It's not just about being exposed enough, it's also about exposing herself enough too. It's about making sure that her heart is exposed to people too, and to circumstances, in a raw enough way to bring out her caring. She gets paid for caring. She's a corporate lawyer, and all of that comes with a certain responsibility to do what your job is; and it's a heavy, demanding job. I don't think she's made enough time for all of her own things. So, yes, I think she has a very vibrant life at home, but is it something that she is completely passionate about? I don't know if Maddie really knows how to be passionate. I think there's a lot of pain in Maddie's past which has had a big impact on her.

I am interested in Maddie. Very interested. We’ll see what happens; that’s all I can say. When Maddie goes off at the end of episode two, Gillison says she'd better not come back if she knows what's good for her. We know that Maddie will do exactly what is good for her. We might very well see her again somewhere: whether we see her back in this place or somewhere else. Maddie is what the word survivor means. If she goes down, it won't be because she wasn't fighting. 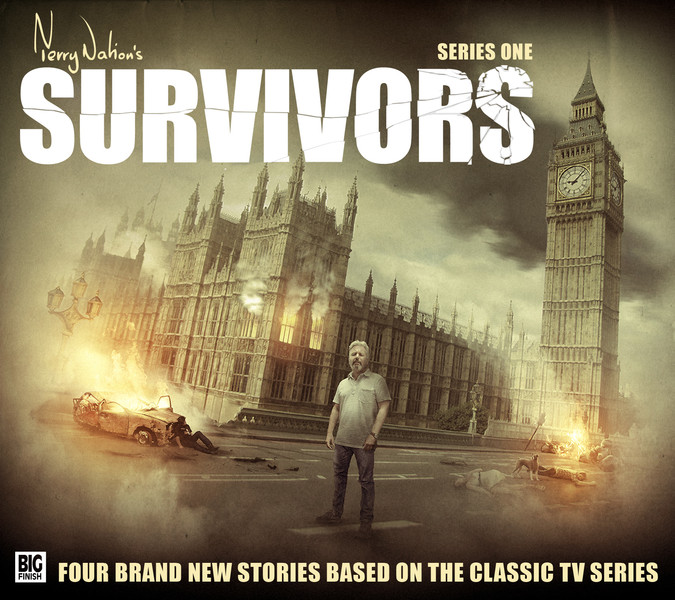