Missing scenes from The Lights of London II

First published in the Survivors Newsletter No 18, Summer 1999

SURVIVORS FANS HAVE never seen three entire sequences that were scripted and shot for the two-part second series adventure story The Lights of London. Three separate scenes from the second episode of The Lights of London were cut at the editing stage because of time constraints. These three scenes have never seen the light of day since, and appear to be the only complete 'missing scenes' from the whole Survivors' run that were actually filmed but not included in the finished programme.

Details about these cut scenes remain sketchy. A short discussion of the cuts is included in a 'fantasy flashback' feature on The Lights of London in issue 60 of TV Zone magazine, which provides much of the following information.

When Survivors' director Pennant Roberts began editing the second part of The Lights of London, on completion of the studio work, he discovered that the episode was too long, and that significant cuts needed to be made to bring the episode in 'on time'. Roberts selected three scenes, one shot 'on location' on film and two recorded in the studio on video, for cutting. The combined length of the three scenes earmarked for cutting has not yet been published.

All three scenes revolve around a character called Miss Pollard, played by Vivienne Burgess. The cuts excised the character entirely, and with it Burgess's performance in Survivors. This meant that Burgess lost her on-screen credit, and that the studio sets constructed for the scenes around her flat were never seen on screen.

The three scenes found Greg and Amul on a London street, noticing a curtain twitching in a block of flats. They go to the entrance, knock, and are met by the elderly Miss Pollard, who is furious that she has been left alone for so long, having seen no-one for a year. She has survived on tins from her dead neighbours' flats, by burning furniture, and by binding her legs in cloth to protect them from rats, but is unaware that London is dead apart from the Centre at [the] Oval. Greg and Amul take her to the centre where the doctor injects her with antibiotics.

Although not spelt out in the TV Zone article, it is clear that the 'curtain twitching' sequences, and Greg and Amul's decision to investigate, will have been the sequence shot on film, during their route-checking trip on the streets of London. The scenes in her hallway and then inside her living room will have been the first of the studio video sequences, and her meeting with the doctor at the Oval complex the second.

The exact positioning of the scenes in the shooting script is not revealed in the article. It seems likely that the first (on the street) and second (in the flats) scenes follow straight after one another. The third (with the doctor) scene was probably the first to follow Greg and Amul's return to the Oval — but this remains pure conjecture as of yet.

Roberts clearly chose these scenes carefully. Although the loss of the scenes with Miss Pollard removes a different insight into post-Death survival in London, and adds to the drama of Greg and Amul's search, the Pollard story is a 'stand-alone' element that has no bearing on the central plot. The lack of the scenes does not, as a result, detract from the overall story telling of the episode.

The important question for Survivors fans is whether the 'lost scenes' exist anywhere in the BBC archives, or whether they will have been discarded at the end of production in 1976, or during any of the infamous BBC clear-outs since. Because the scenes never made it to a finished 'master tape', there are certainly not included on the version of the episode licensed to Sovereign videos by the BBC, which will be a copy of the broadcast original.

If the sequences still exist, and if the BBC proved willing to release them, it would still require a 'director's cut' of the episode by Roberts (or with his approval) — with all the additional editing costs that that would entail. This chances of Survivors fans getting to see these lost scenes appears remote at present.

This article from 1999, written from material accessible at the time, is mistaken about one crucial fact. It has since been established that the 'missing scenes' were scripted, but cut before filming of the episode took place — as such no 'footage' of these sequences was ever shot. The description of the contents of those unfilmed sequences is, however, accurate.

On TV  Locations  Behind the scenes

Peter Grant has found a way to survive under the tutelage of Robert Malcolm, but survival has come at terrible personal cost 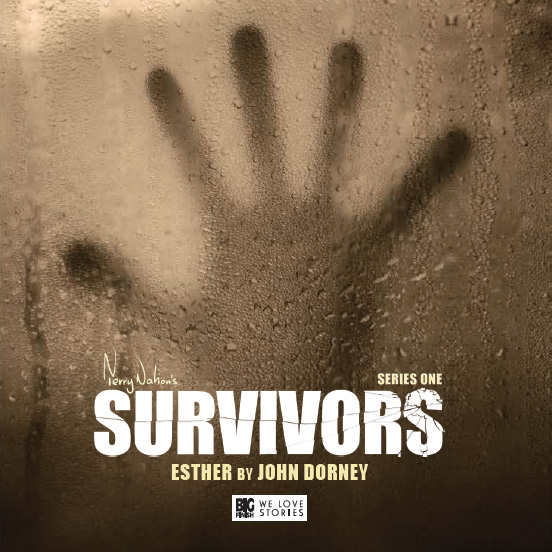 Greg, Jenny and their new friends are trapped. Will they ever make it out alive?