The world of Survivors on the printed page

IN BOTH THE fiction and non-fiction genres, and in both the popular and academic disciplines, the premise, setting, execution and production of Survivors has provided the inspiration for multiple authors since the first Survivors related book was first published in the mid-1970s.

Compared to the amount of scrutiny afforded to other television series, the number of writers who have turned their attention to Survivors has remained modest. But the series can be rightfully proud of the quality of the books the show has inspired, if not, in comparison to shows like Doctor Who or Blake’s 7, the quantity.

New Survivors-related books are still being published, and in recent years the series has branched out from the world of print to enter the realm of the eBook and the audiobook.

The first book title to be associated with the series was a tie-in novelisation penned by series creator Terry Nation published in 1976. Always a wily negotiator, keen to secure the best return on his creative endeavours, Nation signed an independent contract with to produce a Survivors novel that could leverage the popularity of the TV series to generate tie-in sales. Nation did not write all of the thirteen episodes of Survivors first series, so he was not able to write a simple novelisation that would track and enlarge on the television scripts.

Instead, Nation revisited his storylines from amongst the first six episodes of the show (from The Fourth Horseman to Garland’s War), retelling and reinventing different elements of plot, narrative and characterisation, before taking the story in a completely new and original direction.

That story would diverge completely from that shown on screen at The Grange, and tell instead the triumphs and travails of an entirely different smallholding, populated by a different group of survivors, in which Jenny, Greg and Abby are a part.

It is the resurgence of Arthur Wormley’s brutal and expansionist militia and the threat of a looming English Civil War that convinces Abby’s community to leave the UK shores in the hope of a more hospitable life in the environs of the southern Mediterrean. Their attempt to cross the Channel to reach France, becomes the trigger for a shocking resolution of Abby’s efforts to reunite with her missing son Peter Grant.

Nation’s Survivors novel was published in hardback (by Weidenfeld and Nicolson) and paperback (Futura Publications) in the UK, in hardback in the USA (Coward, McCann & Geoghegan) and in two different paperback formats in Italy, where the first series was an unexpected TV hit (Euroclub and Sperling & Kupfer).

John Eyers - Genesis of a Hero

Nation would have had the option to work on the sequel novel, but at the time was already overwhelmed by the writing commitments that came from his decision to take on all thirteen scripts of the first series of his new sci-fi TV show Blake’s 7.

Instead, the contract for Survivors: Genesis of a Hero went to Peter Hill (writing under the pen name John Eyers). Hill took his story in a very different direction to the one that Nation would doubtless have chosen, following unfolding of the civil war through the eyes of a number of different protagonists.

The book explores the development of Grant’s nature into a ruthless, ambitious and capable young tyrant

His story begins shortly after the conclusion of Nation’s novel and explores the evolution of the character of Peter Grant from schoolboy gang member to militiaman and politician. Hill explores the development of Grant’s nature into a ruthless, ambitious and capable young tyrant who finds success as both a rebel and rabble rouser, and a self-serving avaricious ganglord.

Tom Price (who is killed in the firefight with Huxley’s henchmen in the TV episode The Future Hour) survives a little longer in the novel, but does not find the fate he is hoping for. Neither does Sarah Boyer (aka Anne Tranter) secure the life style she thinks that she is entitled to.

These two titles have been the only two official works of fiction set in the world of Terry Nation’s original Survivors, although as might be expected there has been a notable number of fan fiction short stories.

In the nonfiction realm, two different guidebooks to the series. Self-published in 1995, Kevin Marshall’s The Making of Terry Nation’s Survivors is a collection of episode reviews and interviews with cast and crew members, linked by a series of short appraisals of each of the three series and a set of black-and-white production photos.

Described by Marshall as a ‘source book’, 500 copies of the title were produced and, even with limited distribution, the title quickly sold out, and was not reprinted. The following year, Marshall chaired a panel of Survivors cast and crew members at the Dreamwatch 1996 convention, and later developed plans for a second, updated edition. No new version of the book would appear, and second-hand copies of the original edition continue to change hands at inflated prices.

In 2005, closely following the release of the third series of Survivors on DVD, Telos Publishing released The End of the World? The Unofficial and Unauthorised Guide to Survivors, written by Rich Cross and Andy Priestner.

Based on a whole series of original interviews and archive material, the book offered a comprehensive behind-the-scenes look at the making of all three series; detailed summaries and reviews of each of the 38 episodes; an exploration of developments in the world of Survivors from the time of original transmission to the release of the DVD boxsets of the series; and a discussion of attempts to revive the series and of the ways in which the show’s influences on post-apocalyptic fiction on screen can be discerned. Reprinted several times, the book finally went out of print in the late 2000s.

In recent years, Survivors (and the realm of apocalyptic fiction more generally) has begun to attract the attention of academics and other non-fiction writers. Notable amongst a whole series of works to appear have been Alwyn W Turner’s fascinating study of the script writing career of the show’s creator Terry Nation: The Man Who Invented the Daleks; a detailed scrutiny of his screenwriting craft in Terry Nation by Richard Bignall and Andrew O'Day; and Richard Hewett's study The Changing Spaces of Television Acting: From studio realism to location realism in BBC television drama which explores the the way that several series - including Survivors - were staged, framed and filmed. 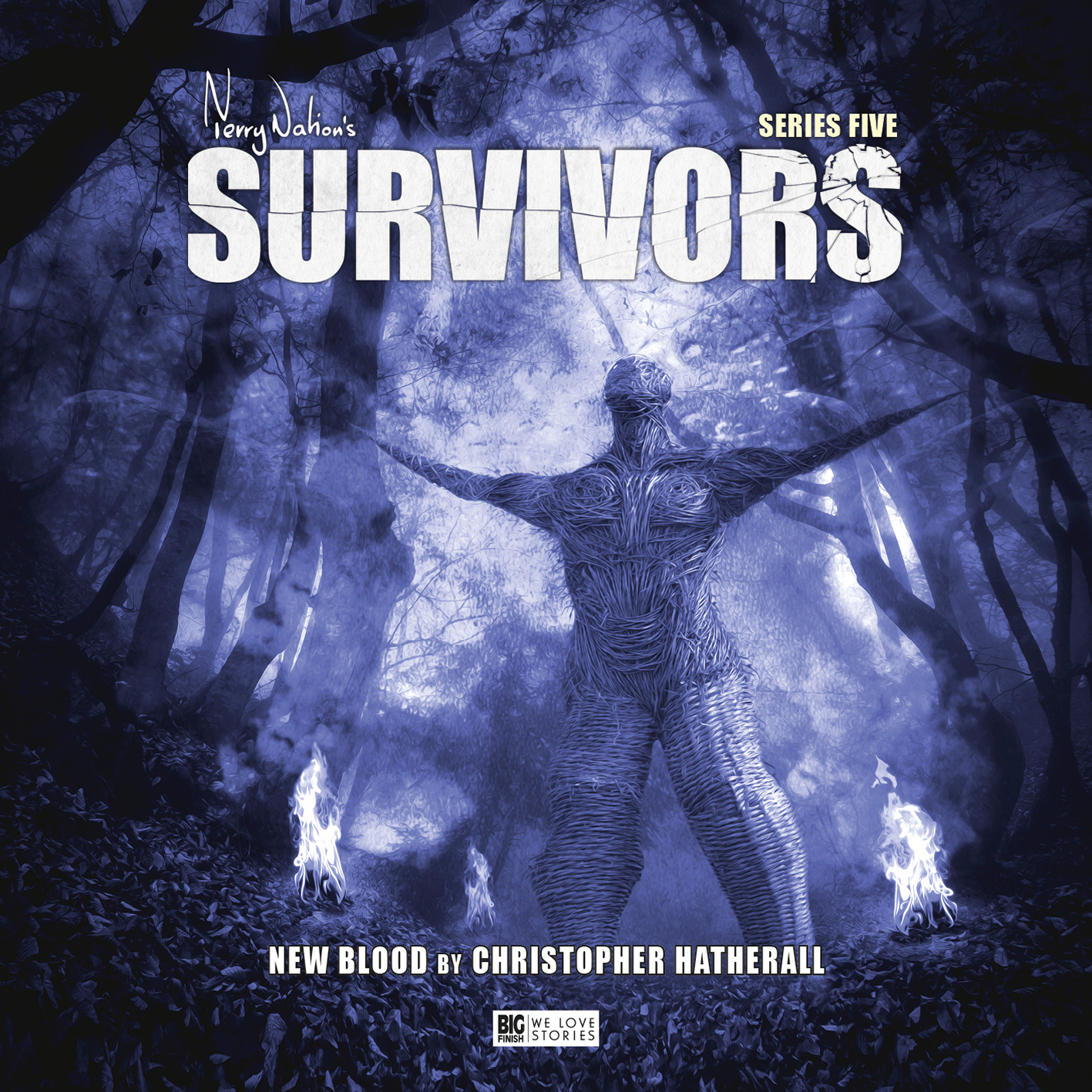 If the new virus is nature's vengeance, will a blood sacrifice reset the earth's balance? 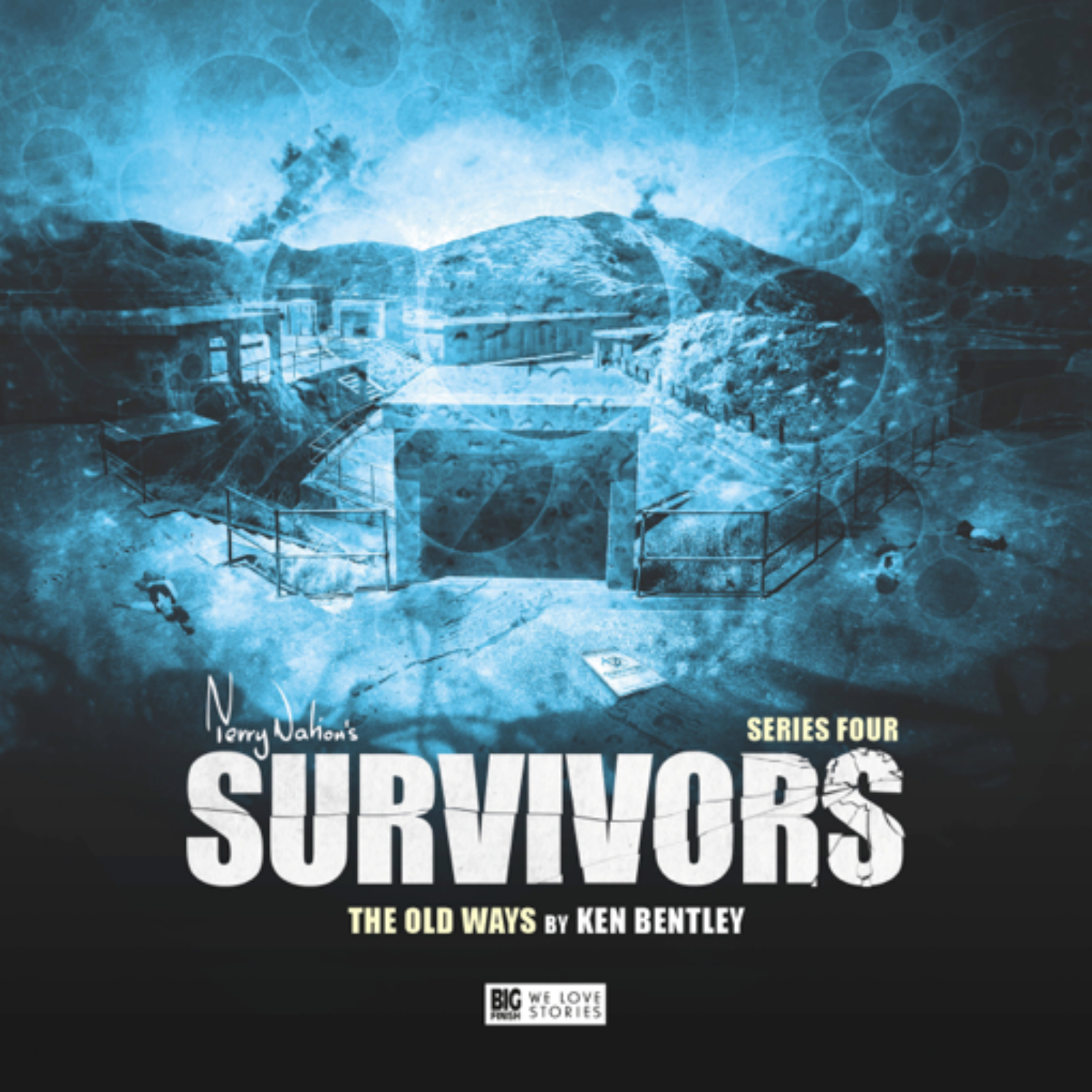 Can a quarantined government bunker survive the impact of The Death, and protect the rule of law in the process?